We will be Closed Easter Sunday to celebrate the Resurrection.

Shelves and shelves of honey bunnies 🍯 🐰

We’re here baking all night —
Dozens of honey bunnies, hundreds of cookies and a thousand rolls!!

😴 while we’re all in bed the Night crew is hard at work baking all the Easter goodies all night long!!

It’s not too late!

Plus as usual we’ll be filling the shelves with rolls, breads, pies and goodies for walk-in customers all week. Let us help make your holiday delicious

Fully cooked you can eat this straight from the pan— you don’t even have to share— we won’t tell. 🤐

Or heat it in the oven to warm your heart and tummy. It’s that good! ❤️

Honey bunnies are hopping around the bakery.

Be sure to get your orders by Thursday to ensure you have all the Easter goods you need!

They're sweet, adorable and multiplying by the minute! Honey Bunnies are back and looking for their new homes. They feature fresh ground whole wheat and honey. Perfect as a table centerpiece, in an Easter basket, or as a hostess gift. Order yours today!

⭐️Why we do what we do! ⭐️
Sorry ... not sorry ... for getting you hooked on delicious bread, amazing sandwiches and goodies that will keep you coming back!

Don’t forget to get those Easter Orders in!!

Fun things happening in the Bakery today! Getting ready for Easter next week! 🐣

These Tye-Dye rolls (made from potato bread) are fun for the whole family and taste phenomenal (cause let’s face it our potato rolls are 🔥).

Get your Easter orders in!!
Pies
Bunnies
Rolls
And more

Easter has snuck up on me this year— but don’t be caught off guard. Let us help you with all your baked goods:

Be sure to order in advance to reserve your rolls and pies for Easter weekend NEXT WEEK!

Hot Cross Buns fresh from the oven!!
Get in the Easter spirit with these sweet rolls!
Only a dozen left today— dont miss out!!

Today kicks off Masters week (for all my golf friends) ... and while we may not serve the Masters recipe Pimento- we do offer a mouthwatering grilled pimento and bacon sandwich that has its own following around town.

Come try one for yourself!

Easter is coming and let us help you with your handcrafted baking. Make your Easter table extra special this year with Honey Bunnies, Hot Cross Buns, Festive Sugar Cookies, and so much more! Order today!

April's New Menu!
We've got some fun new breads, and the return of a few favorites.

We are excited to announce a new product: our made from scratch, Montana crust pizza! 🍕
From a crisp crust, to delicious sauce these pizzas are made fresh each day!

Guaranteed to delight. Come give it a try! Starting NOW!

Wow 🤩
First bake of Jewish Deli Rye bread today and we’re all blown away! This light fluffy rye is packed full of flavor yet soft and will make the PERFECT Reuben!

Come grab a bowl— we’ll have it until the pot is empty!

Thank you to those that have seen and purchased our Ukrainian Flag 🇺🇦 cookies in the bakery.
What you may not know is 5 years ago I spent a month in the Carpathian Mountains of Ukraine teaching at a kids camp and sharing the Bible with these children.
The war in Ukraine feels very personal to me so I’ve been hesitant to share too much but I made the cookies to raise awareness and because it was cathartic to me.

However these are the faces of some precious children I came to love during my time there.

So please pray for Ukraine. Pray for peace. And support them however you’re able. We have already and will continue to donate all cookie proceeds to humanitarian efforts as well as contributing to individuals I know who are there fighting and struggling. -Laura

Plus today only we’ve got Chocolate Rolls and GlutenX Cinnamon Apple Bread Pudding! 🥰

☘️ Come visit us for St Paddy’s Day! ☘️
From Reubens to Irish soda bread we’ve got your Luck of the Irish ready.

Make plans to join us for fantastic Gumbo and grab a loaf of our Irish ☘️ Soda Bread or Irish Potato 🥔 Bread to enjoy for St Paddy’s!

A symbol of celebration, baked in droves in the lead up to Saint Patrick’s Day. However, the humble soda bread began as an affordable necessity and was the solution to many food problems facing Ireland at the time.

While soda bread is most famously attributed to Ireland, first created by Native Americans. They were the first to be documented using pearl ash, a natural form of soda formed from the ashes of wood, to leaven their bread without yeast.

The Irish later discovered and replicated the process. While it seems like an ancient recipe, Irish soda bread history began in the 1830s, when baking soda, or bicarbonate soda, was first introduced to the country.

We have lots of fun plus get to make (and eat) the yummiest food in town!
Apply online www.greatharvesttyler.com/jobs

From Elsa to The Fairy Godmother— you never know who will pop into the bakery for some sweets!!

If you ever need a princess I’m friends with a few!! 👸🏻 check out Practically Perfect Princess Parties

Our traditional Bread Pudding flies off the shelf— so we decided to make a GX variety for my GX crowd!!
🥰🥰

Y’all this stuff is AMAZING! I’ve got 14 pieces up for grabs today!

Be the first to know and let us send you an email when Great Harvest Bread Co. Tyler, TX posts news and promotions. Your email address will not be used for any other purpose, and you can unsubscribe at any time. 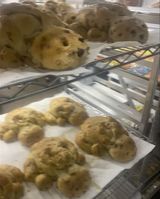 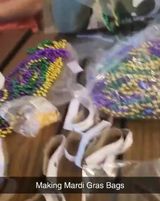 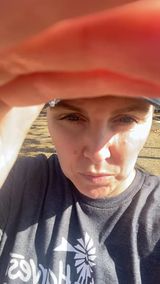 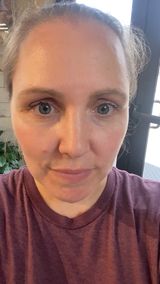 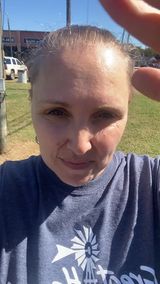 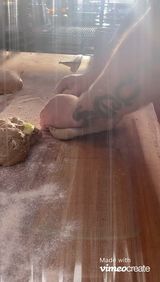 Other Bakeries in Tyler