Mesquite bakery bringing French pastries and other classic American desserts to the community. We focus on highlighting fresh, local produce.

Guess who's gonna be at the Downtown Mesquite Farmers Market on May 14th! While we work to get our space on Main Street ready for you all, we're gonna give you a taste of what we're going to be offering! Last year when we participated in the market, we SOLD OUT EVERY TIME! So this year, we're offering our customers a chance to preorder. So you can get your fix! Our preorder menu is live on our site right now!

We have partnered with our sister company @jazzycakesbakeshop to bring you this AWESOME GIVEAWAY!

THE PRIZES
One grand prize winner and two runner-ups will be selected to win the following awesome (and delicious) prizes:

TO ENTER:
1. LIKE @thejazzpatisserie and @jazzycakesbakeshop
2. LIKE this post
3. SHARE this giveaway on your page.
4. TAG your friends in separate comments below (each friend you tag counts as an entry)
5. Additional entries may be purchased at the link below.

The winner will be announced on April 28th! Good luck!!!

We want to thank everyone for your continued support and understanding as we work through the final kinks. As always, we have adapted and will be giving you all an update soon on how and when you'll be able to enjoy our delicious pastries!

One room down, one to go. We're working non stop to make sure we can get everything together for our launch this Sunday!

It's all coming together. Just fyi, it's not a construction site unless you lose a braid. 😂

We're a few short weeks away from our soft launch! If you haven't already, get your free ticket to the event below. There are also raffle tickets available as well. See you all soon!

We're working extremely hard to open our doors! We can't wait to serve our community.

We're working extremely hard to open our doors! We can't wait to serve our community.

What are you most excited about us bringing to Mesquite?

The Jazz Patisserie & Baking Co. updated their information in their About section.

The Jazz Patisserie & Baking Co. updated their information in their About section. A bit of sad news this morning. We will not be at the Downtown Mesquite Farmers Market today. Our owner and pastry chef, Jasmine, was in a bad car accident a couple of days ago and is still recovering. We will update our page when we can safely head back out to the market. Thank you you so much for your understanding.

Don't forget to show your support and grab a treat from us at the Downtown Mesquite Farmers Market! We'll be here from 9am-2pm. Lively Local Markets

Another successful Saturday at the Downtown Mesquite Farmers Market ! As usual, we sold out within a few hours! We had French macarons in three flavors (pumpkin pie, lemon and cookie butter), lemon blueberry scones, orange cardamom shortbread cookies, and classic madeleines! Make sure to catch us next Saturday from 9AM-2PM!
#smallbusiness #farmersmarket #mesquitetx #texas

Gluten free cupcakes I did for a friend of a friend! I don't get cupcake orders often for bridal showers but I was so excited to do these! Last photo was their color scheme. How did I do? #dallas #dallascakes #cake #cupcakes #cupcakesofinstagram #thejazzpatisserie #jazzycakesbakeshop

Today we ask for grace and offer our sincerest apologies for not making it to the Downtown Mesquite Farmers Market today. There was a family emergency and we need to step away this week to care for them. We will be back next week to knock your socks off with French macarons, mixed berry tarts and classic madeleines. Thank you so much for your understanding! We'll see you guys next weekend!

Come see us tomorrow at Downtown Mesquite Farmers Market! We'll be there from 9am-2pm with French macarons, chocolate chip cookies topped with flaky sea salt and a variety of scones!

There's been a major unfortunate development with our progress. As most of our supporters know, we've been working with a lender to secure an SBA loan since July of 2020. We've done all that was asked of us and was told everything looked great and that we were moving into the underwriting stage. Unfortunately, on June, 29, 2021, a week before we were supposed to go into underwriting, we found out that the loan officer handling our file, no longer worked for the company. It took them nearly two weeks after that to assign another loan officer to our file. That is when we were given the news by the new loan officer that they would not be moving forward with our business venture. A full year of hard work, dedication and 16 hour days was flushed down the drain. They gave no real explanation why. So now we're starting from scratch. The positive from this situation is that the owner of the building we'll be leasing has agreed to work with us and allow us to open with the bare necessities because they truly believe in our business. This is where we truly need your support. We need you guys to donate what you can and to share this campaign with as many people as you can!

In 2012, I moved from Chicago, Illinois to Dallas, Texas with my 2 children, a cou… Jasmine Buschbacher needs your support for Sweet New Charm to Old Mesquite

We had a very successful Saturday at Downtown Mesquite Farmers Market ! We will be back Saturday, July 24, 2021 from 9am-2pm! See you soon!

Be the first to know and let us send you an email when The Jazz Patisserie & Baking Co. posts news and promotions. Your email address will not be used for any other purpose, and you can unsubscribe at any time.

Send a message to The Jazz Patisserie & Baking Co.: 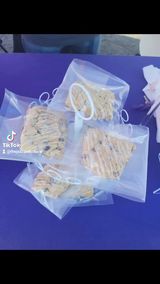 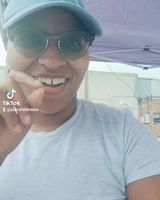 Other Bakeries in Mesquite