Ardent Bakoholic and love to make anything Edible... Incredible! A Nascent Baker! Hobbyist exploring my ground by breaking rules :-) Custom made Cakes and Desserts!

This has been sitting in my gallery for the longest I guess! As I’m clearing out my phone found these!

This cake went out for a young little girl’s Tea themed birthday party!

Alas! I have other priorities in life currently! So am not taking any new orders and won’t be able to respond to your DMs.

Thanks for your unconditional love and support !

Most welcomed trending signature dessert cups by @shailuthecakefairy !
.
.
.
.
🌟By far the feedback from all the parties and get togethers is that these are getting over in a blink of an eye! 🙏🏽😄
.
.
.
.
.
So next time you spot these in your next party head to the dessert table first! 😉

💥This one is an explosion of flavors and textures in one’s mouth! 💥

🌟This is crowd’s new favorite! 🌟

Indian festivals are closely related to the myriad folktales and fables that make up the rich Indian history and heritage.

This lovable prank of the Lord gained popularity as he also played this prank on other women or gopis of the village. He threw colours and teased them with jets of colourful water. Hence, the tradition of applying colours evolved and became an inseparable part of the festival.

Holi is a grand festival in which people celebrate the eternal love between Lord Krishna and his divine companion Radha. Thus, the whiff of love in the air makes this festival of Holi all the more joyful.

.
.
.
Throwback Picture of the Cake which I made last year for Holi!

✨✨✨This beauty went out for a surprise birthday celebrations from a loving husband to his beloved wife!✨✨✨
.
.
.

💕To a lifetime of Happy Anniversaries! 💕

Such a sweet request by a Daughter in law to surprise her In law’s anniversary that I couldn’t say No despite my busy schedule!

Apparently, in laws never have celebrated their Anniversaries ever! I know our generation parents were not much into celebrations as such! Am glad atleast this milestone of their anniversary will be cherished by their family and loved ones!

Hoping this lovely family had a beautiful and cherished evening! 💕

Off for today’s party celebrations!

I heard they had a blast of time devouring these! 🥰

📸Photography is a form of time travel! Won’t you agree?

.
.
.
.
It’s really difficult for me to resist the chocolate cake that I make 🤭 should I remove chocolate from my menu for my own good? 🤭😉

Naah my heart and brain won’t ever agree both are not on the side of that cruel decision ever! 🙃😆

Please grab yours to believe ! ☺️

“Be the human version of somebody’s first bite of Chocolate Cake!”

The desserts for all my fusion cakes are homemade from scratch and you all know the secret ingredient is ~ love! 😌

Please grab yours to believe ! ☺️

Is that enough motivation in a jar ? 😉

💕 Love and Macarons is all you need! 💕

Introducing Eggless Macarons from my oven!!!

Be the first to know and let us send you an email when It's Cake O'Clock - Shailu The Cake Fairy posts news and promotions. Your email address will not be used for any other purpose, and you can unsubscribe at any time. 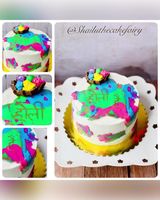 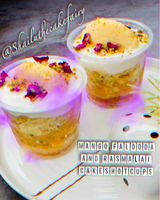 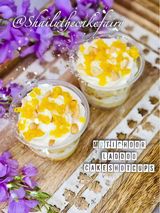 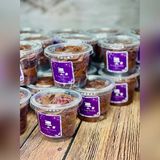 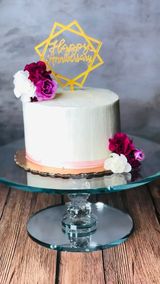 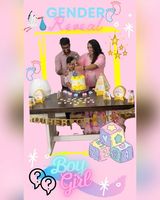 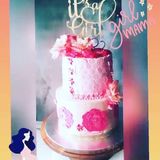 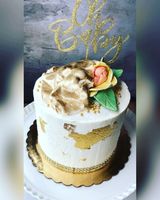 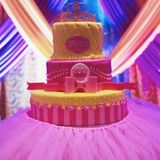 Other Bakeries in McKinney

“Why go for C++ when you’ve Python to do your project efficiently ?” ⌨️⏳ The purpose is always is to enjoy a delicious Cake and rest is the involvement of tedious processes in a smart way by simple and efficient gadgets instead of using complicated tools and lengthy repetitive manual procedures in order to fulfill the purpose : which is ultimately to enjoy a lip smacking treat ! 💕😋 🎤Won’t you agree?🤓 🎂 Fondant cakes for me are C++ 😅😛 📲 Next time when you call me to place an order please let me know if you want to go with C++ ( Chances are I won’t be interested in doing it) or instead …you want to get updated with Python Or R🙃😇😅! @shailuthecakefairy #birthdaycake #cakelove #cakefollowers #cakefeed #pythonprogramming #cprogramminglanguage #pythoncoding #programmingfun #justforlaughs #nofondantcake #whippingcreamcake #cakejars #diwalidesserts #coviddesserts #nocontactdelivery #cakeshots #goodfoodgoodmood #cakeporn #reelsinstagram #cakesofinstagram #reels #trending
Hello It's Cake O'Clock - Shailu The Cake Fairy, Your cake seems to be featured on page [2] here http://bit.ly/2NdXEA6. How you take part on this?
My kids didnot simply attacked on the Exclusive Gulab Jamun Cake... never tasted such delicious exotic cake.🎂🎂🎂🙏🙏♥️♥️ HIGHLY HIGHLY RECOMMEND...