Specializing in custom cakes for any type of event! Adding the extra touch to your special day! Ple

CamKam Pastries will be at The Artisan Markets on August 20th at Avalon Park!

Apply to become a vendor www.theartisanmarkets.com

Cambria & Kamilla’s cheer team have won a bid to compete at Summit, the Super Bowl of Cheer, at Disney World on April 28-May 1!! They are raising money to help with the cost. They’re looking for a sponsor every day for the month of April (since that’s their baby sisters birthday month!) For example, if you want to sponsor them on April 7th you’ll donate $7. Likewise, if you wish to sponsor them on April 10, you’ll donate $10, if you sponsor April 20th, you’ll donate $20. If you would like to sponsor more than one day, please feel free to do so. If you want to give more, that is fine too. 😉 We will print this calendar out with names or you can remain anonymous if you’d like! You can Zelle(470-667-1079) or cash app($Ckcpastries). Whatever works best for you! Thank you so much for helping them do what they loves! 💜🧡🤘Your support means so much!!!

•CamKam Raffle!•
Help Me get my girls to Florida!
•$5 per ticket 🎟 (unlimited entries) • the more tickets the more chances of ⓦⒾⓃⓃⒾⓃⒼ•

(Cashapp/Zelle payments only DM to purchase!!!)
Thank You all for your support!! 💕

🚨𝚂𝙴𝚃 𝚈𝙾𝚄𝚁 𝙰𝙻𝙰𝚁𝙼𝚂!!🚨FEBRUARY 1-5!!!! Help this Single Momma get her girls to Competition in Florida!!! -OUT OF STATE FRIENDS: Popcorn gets shipped Directly to you!!! This popcorn is BEYOND delicious! DONT MISS OUT! #singlemommastruggles #cheermoms #cheerlife #fundraiser

💕 Place your orders now!! Last Day to order is February 12!! Orders must be paid in full at time of order! Free Local Delivery (Henry county) 💕

Did i mention i LOVED this place!!! @theselfiex

We had soooo much fun yesterday at @theselfiex thank you all for a great time and letting us come in before our ticket times!! We will definitely be coming back!

Hello my baking community!! I’m a single mom of 3 girls and would greatly appreciate any donations to support my girls through this cheer season. The link is in my bio!!!! Thank you all from the bottoms of my heart! ♥️

Heyy Everyone! Thank you for stopping to read my post! I am trying to raise money for my daughters to fulfill their cheer dreams! I’m a single momma and just trying to make it through this crazy life! If you guys would like to sponsor my girls with any amount i would greatly appreciate it from the bottom of my heart! They love cheer so much! Cupcakes are still being sold for 12$ a dozen and I am definitely giving all of our local donators/ supporters/ sponsors a box of cupcakes for donating The link is in my bio!! Thank you all!! #gofundme #fundraiser #sponsor

Be the first to know and let us send you an email when CamKam Pastries posts news and promotions. Your email address will not be used for any other purpose, and you can unsubscribe at any time.

Send a message to CamKam Pastries: 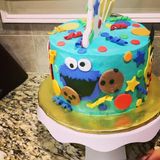 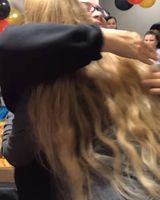 Other Bakeries in McDonough

Hi CamKam Pastries, Your cake seems to be on page [9] here https://bit.ly/2UwyYmx. How you take part on this?
When a BIRTHDAY CAKE makes you cry because it is so perfect.. Is this CamKam Pastries cake. It was not only besutiful it was delicious..Red Velvet Mmmmm. All my cakes will be CamKam Pastries Cakes... Thank you so very much...
Quality Murray here's the link