At MCHCC, our mission is to foster healthy community in our neighborhoods by providing and promoting affordable, accessible, and integrated quality care.

WHY IS RED RIBBON WEEK CELEBRATED?
The Red Ribbon Campaign had its origins in 1985 after Enrique “Kiki” Camarena, a DEA agent, was tortured and killed in 1985. In honor of Kiki's memory and his battle against illegal drugs, friends and neighbors began to wear red badges of satin. Parents then began to form coalitions using Camarena as their model while embracing his belief that one person can make a difference. These coalitions adopted the symbol of Camarena's memory, the Red Ribbon. Today, the Red Ribbon serves as a catalyst to mobilize communities to educate youth and encourage participation in drug prevention activities.

Skip the lines and cast your ballot early!

ELKHART — A longtime reading program is planning to serve students virtually in the wake of the COVID-19 pandemic.

Indiana moving to Stage 5 on Saturday: here’s what will change

Indiana moving to Stage 5 on Saturday: here’s what will change

Soon, Indiana is moving to Stage 5 in its ‘Back On Track’ plan. Starting Saturday, capacity guidelines are going to be changing.

Be the first to know and let us send you an email when Gutierrez Bakery posts news and promotions. Your email address will not be used for any other purpose, and you can unsubscribe at any time.

Send a message to Gutierrez Bakery: 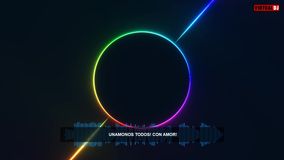 Other Bakeries in Goshen

Do you do photo cakes?
x

Other Bakeries in Goshen (show all)