More cakes! Thank you for asking us to be a part of your memories and celebrations!

Cakes! See your special cake?? Please feel free to share pics of your event. We LOVE to see your pictures and special memories that we were honored to be a part of.

Weddings, birthdays, showers and more. It’s such a joy to be a part of your celebrations!

Sharing cake photos! There are some customer photos in here too. We LOVE seeing your photos so please feel free to share 💘🎂

Just a friendly reminder: Please contact me directly thru email at [email protected] as I’m not on FB enough to be able to respond to your requests for more info. Thanks for understanding! 😊🎂🧁

**Sending a great big thank you to all of my customers for your continued patronage and support of Sweet Chloe’s! While I haven’t been feeling well with some minor but annoying health issues over the last year plus, I continue to improve everyday and look forward to taking more orders as I can.

Making your occasion a little sweeter.

I’ve been wonderfully busy thanks to all of my fantastic customers but I’m not on Facebook regularly so please contact me at: [email protected]
to ensure a response to your request for additional information.

Keeping busy and loving every minute of it. Best customers @ Sweet Chloe's! Hard work=happy customers 💘🎉 I love every minute of it!

I'm so excited to announce that we are finally launching the new and improved Sweet Chloe's website this weekend!

It is phone friendly, has a blog and more interaction and you can also add a Sweet Chloe's icon link on your smart phone.

Had a lot of fun with these Bros.

Getting my fall caking on!!

Cakes!! What I've been up to this summer. Thank you to my wonderful customers who have asked me to create such fun orders for their special occasions 💘🎉

Busy cake week that included this much anticipated groom's cake, and playing with flowers (my 2nd fav thing). Congrats to Hannah and her new husband! 💘🎉

Wrapping up cakes for the week! If I am MIA that's why :) Looking forward to a lot of fun cakes and weddings this spring. Happy cake lady!!

Spring is here and this girl is getting busy!! 😀👏👏

This is happening today!

Some adorable ideas for Spring cake pops! Can't decide which are the cutest. Which do you like the most??

Simple and sweet baby shower with Mrs. Cottontail and Peter Rabbit. A previous Sweet Chloe's bride is now a momma to be 🎉💘

Alice In Wonderland themed sweet 16. Had fun with this 😊

All done and ready for the party! Toothless for 50 guests. Phew 😊 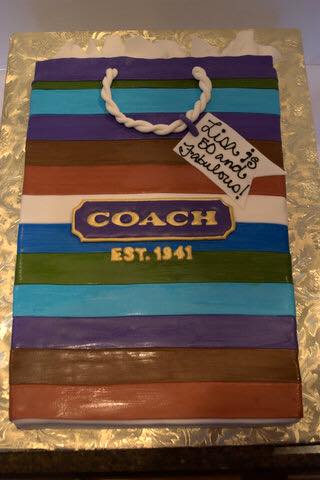 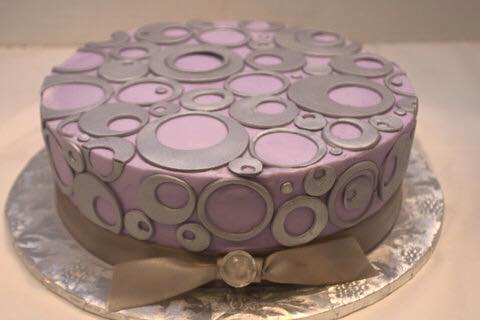 Be the first to know and let us send you an email when Sweet Chloe's posts news and promotions. Your email address will not be used for any other purpose, and you can unsubscribe at any time.

Send a message to Sweet Chloe's:

Christy Lucas heads the operation of Sweet Chloe’s Cakes. After years of experience in Cake Decorating and Candy Production, Christy was inspired after her own wedding to start up a cake company that she always dreamed about, but never was possible until just recently.

Beginning in her first years of college in Southern California, Christy took a job as an Ice Cream Dipper at Baskin Robbins. It wasn’t too long after that she had her eye on following in the footsteps of a limited number of employees who were trained as cake decorators. It soon became evident that Christy had a knack for decorating: a skill that required patience and creativity. She soon began training new decorators herself and also became Head Cake Decorator and Manager of the store. Christy decorated and trained others for four years with Baskin Robbins.

After a few years of Social Work and the decision to return to college for an additional degree, Christy joined the Disneyland Candy Production Team where she was introduced to a new skill of chocolate and gourmet treat production. As she returned to the world of creative desserts, her passion was once again sparked and after a short three month period, was approach by her department manager to become a kitchen lead. She was required to supervise candy production for Candy Shops in Disneyland Park and Disney’s California Adventure Park, while supervising the main kitchen on Disneyland property. In addition to this new role, she was still able to work side by side with her fellow “Cast Members/Candy” Makers in the kitchen making such Disneyland favorites as a dozen different fudge flavors at a time, hundreds of caramel apples and chocolate treats.

Christy stayed with The Candy Department in Disneyland for two years until a marriage proposal and a move to Georgia took her in a new and exciting direction!

Megan and Brandon...congratulations from all of your family and friends as they helped celebrate your wedding day! Thank You to my teammates Shannon and the Awesome staff at Little River Farms, Talk of the Town- Catering and Special Events, Make Me Up, Kelly Berry Photography, Sweet Chloe's, Unique Floral Expressions, Ben with Atlanta Pro Video Officiant Tom McCormick #MJEAE #GeorgiaWeddings #LuxuryWeddings #MJEAEConsole #LittleRiverFarms #MikeJonesEntertainmentandEvents #MJEAEWeddings
Congrats to Tracy & Chris and the vendors who helped make this special day happen. Tap the photo below to see more of their big day at Flint Hill in Norcross, GA! 💖 Photography: Hellen Oliveira Photography Menswear: Topman Bridal Salon: Bridesmaids Social Morilee by Madeline Gardner Jewelry: Kendra Scott Shoes: Badgley Mischka Beauty: Brushworx On Location Hair & Makeup Caterer: A Divine Event Cake: Sweet Chloe's
Amazing cakes and so delicious!!! Thank you so much!!!!
once again Amari loved his cake Sweet chloe's thank you so very much.. Tomeka this is Christy facebFacebook of of many design she does
Christy did a bridal shower cake for me and the guests could not stop talking about how delicious it was, needless to say it was also incredibly beautiful!
My husband ordered me a Cinderella birthday cake for my birthday in October at 'Sweet Chloe's' because my family laughingly calls me that since all I do is cook and clean. Anyway, it looked amazing and was delicious..on top of that! It was decorated so creatively and her work was both, classy and professional. I highly recommend this bakery for designer cakes!
Christy has done it again!! This cake is amazing! I have used her now for a couple of years and she never disappoints! Thank you!!
Thank you so much for making my daughters birthday cake. I thought I would have some left over but the girls ate the entire cake within minutes. It was as delicious as it was beautiful.
Thank thank you for this amazing cake!! Not only was it delicious, the kids all had a fit over those fondant animals! This cake was a huge hit!
The party was fun But the cake was EPIC!!! Thank you!!
Another amazing cake! Thank you so much for always making birthdays special for our boys!