Let us Cater the desserts for your next event or restaurant!

cmon you always knew I was smarter than you guys thats why you kept me around right?

I don event think I am super smart

i won i wil always win

Do not believe Any posts about us Closing. NOW they are sabotaging me in public breaking the law. these people are very dumb

Start your day with a smile and with cheesecake.

All our dreams can come true, if we have the courage to pursue.

Don't cry because it's over, smile because it happened.

Do more of what you love

Life is not a problem to be solved, but a reality to be experienced.

You only live once, but if you do it right, once is enough.

Good day!
don't forget that he has forgotten you :)

Love is like cheesecake,
you won't know how much he loves you if you don't give him a chance to show it to you

"LIVING OUR LIFE IS GOOD BUT WITH CHEESECAKE IS BETTER"

Be the first to know and let us send you an email when Uncle Jimmy's Cheesecakes posts news and promotions. Your email address will not be used for any other purpose, and you can unsubscribe at any time.

Start your day with a smile and with cheesecake. 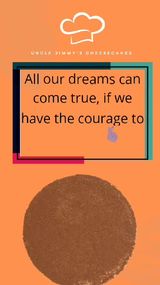 All our dreams can come true, if we have the courage to pursue.

Don't cry because it's over, smile because it happened.

Do more of what you love

#retroarcadecabinets Uncle Jimmys is coming soon to a Metaverse near you…..

#blazingsaddles #chillertheatreexpo #chillertheatre #dessert #Lyle #burtongilliam Before acting, Gilliam was a member of the Coast Guard's boxing team, where he won 201 out of 217 fights.[2] He remained in the boxing world for decades, working as a referee in California. While working as a fireman for the city of Dallas,[2] Gilliam appeared in the role of "Floyd", the desk clerk, in the film Paper Moon. He then went on to appear in such popular movies as Blazing Saddles and Back to the Future Part III. Performing in Blazing Saddles was difficult for him, since he played a despicable racist who repeatedly hurls racial insults (including "nigger") at the black characters, especially the hero, played by Cleavon Little. Gilliam was so uncomfortable with his use of that slur that he apologized to Little, who had to remind him that it simply was a word in the script and that the racial insults were treated unambiguously negatively since he was playing a villain.[3] What a great guy Gilliam Burton Was! A Living Legend and he enjoys our cakes? Amazing! Gilliam also has had roles in movies such as Honeymoon in Vegas, Thunderbolt and Lightfoot, Farewell, My Lovely, Fletch, Gator, Telefon and The Terror Within II. His television appearances include Alice, Charlie's Angels, The A-Team, The Dukes of Hazzard and The Fall Guy, and he appeared as a regular on Evening Shade. 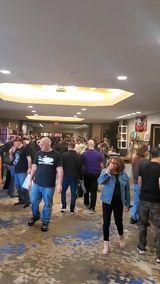 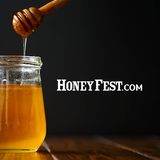 Uncle Jimmy’s Cheesecakes offer a variety of New York Style Cheesecakes, Italian Cheesecakes, Crumb Cakes, Chocolate Mousse Cakes, Chocolate Swirl Cheesecakes and much more.... All of our cakes are made using the freshest ingredients available in small batches allowing for strict attention to detail and quality. Let us Cater the desserts for your next event or restaurant!

Best cheesecake ever!! All the different flavors outstanding. A must to taste.
CHANGED YOUR NAME, YOU GUYS GET IN TROUBLE OR SOMETHING?
Best cheesecakes hands down. !