Miss Kitty's Treats! Sweet treats for all occasions. Email: [email protected] I'm a creative ginger cat that has been pouncing around the kitchen cooking up sweet treats for as long as I could remember.

One day as I was baking a friends birthday cake I had an "ah'ha" moment! I realized where I am truly happy and that is in the kitchen. Whether I'm baking up sweet and savory treats or cooking up gourmet vegetarian dishes, the kitchen is where I belong. This is where Miss Kitty's Treats was born. Things have changed a lot since I had that moment. I went to culinary school for a couple years, starte

One day as I was baking a friends birthday cake I had an "ah'ha" moment! I realized where I am truly happy and that is in the kitchen. Whether I'm baking up sweet and savory treats or cooking up gourmet vegetarian dishes, the kitchen is where I belong. This is where Miss Kitty's Treats was born. Things have changed a lot since I had that moment. I went to culinary school for a couple years, starte

FORT WAYNE donut lovers! We need a minimum number of orders in order to bring you our super fun delicious cake donut magic! Spread the word! Delivered to your doorstep Saturday October 15th! Flavors in comments. Order at: https://www.misskittystreats.biz/ 🖤 & 🍩’s

We’re 3 days into October and are in full Spooky Season mode! Our next donut featured on our special fall Halloween menu is the Boooo-Berry! Our boo berry donut is full of bootiful blueberries, dipped and drizzled in fresh blueberry icing and all dressed up for trick or treat. Get your orders in soon. The deliveries are filling up. 💙🫐🍩

Knocked this spooky gold gilded coffin birthday cake out this weekend! So much fun! I love when a client gives me a theme and allows me to create art! Featured- chocolate cake filled with chocolate fudge and covered in dark chocolate buttercream! Need a cake? 🖤⚰️🖤🎃 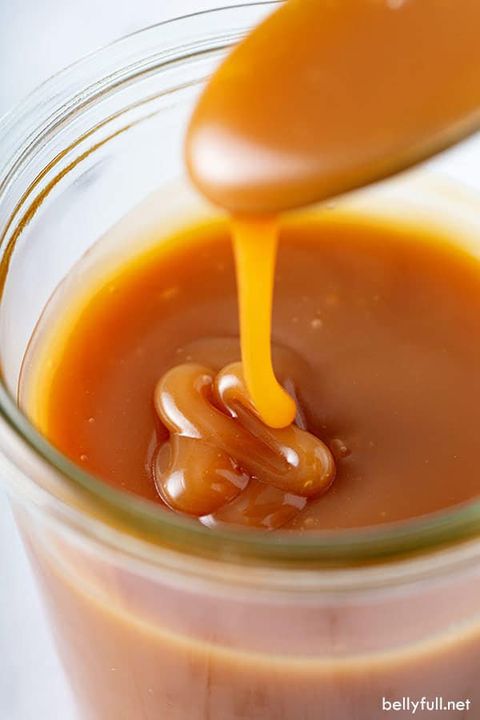 Who’s the “Apple of your eye”? Meet our caramel apple coffee cake donut magic! You’ve had our “”coffee break” donut before, but for our October menu we’ll be adding all that fall apple deliciousness. get your box reserved soon. ❤️🍎🍩

Getting spooky in the kitchen! Stay tuned for extra special cake magic! ⚰️🖤

First up on our October donut delivery menu is the “Pun’Kin Pumpkin “. This babe features our new and improved pumpkin spice donut topped with fluffy cream cheese frosting that has just a whisper of cinnamon to it. We’ll deliver them garnished with all the festive fall fun! Get your 1/2 dozen or full dozen boxes reserved today. Menu and order info in the comments.

We have a winner kittens! Pun’Kin Pumpkin will be heading to your doorsteps this fall. Thank you so much to those that tasted the magic and gave me your feedback!❤️🎃🍩

We’re entering our favorite time of year over at Miss Kitty’s Treats. We are planning on 2 devilishly delicious donut runs in October! (1 Chicagoland and 1 Indiana). Stay tuned for menu and dates!

Miss Kitty wanted to send you all a heart felt thank you! Last weekends holey cake magic delivery was a success! It was an honor to help you have a Sunday Funday! Fort Wayne date soon!

And we have lift off kittens. Be patient your holey cake magic is headed your way. Starting south and working my way north! Will text with ETA’s. Stay tuned for storage instructions.

Good morning kittens! We had a last minute cancellation and have 1 full dozen or 2 half dozen boxes of holey cake donut magic available for tomorrow delivery! Who wants some donuts?

ATTN: Donut Lovers! If you’ve reserved a spot on our holey cake magic delivery route Sunday please get your payment to us today if paying electronically! 1 dozen = $25 +$5 delivery! 1/2 dozen = $15 + $5 delivery! Venmo, zelle, PayPal! Email address is on the order form ! Can’t wait to see you all! ❤️🍩😺

Prepping the magic with all the fresh ingredients!🍓🍩🌿

Who doesn’t need a coffee break? Or a tea break? Or just a break? Coming up this Sunday is our classic Coffe Break donut but leveled up by adding fresh blueberries and a blueberry drizzle! 1/2 dozen and full dozen boxes available! Order at: https://www.misskittystreats.biz/order. ❤️&🍩

Purrrfecting HOLEY CAKE MAGIC!! Strawberry Basil Babe! She’s new here at Miss Kitty’s Treats and Wowzers! Chicagoland get your orders in by Wednesday Aug 24th to insure you don’t miss out on this babe. Order here: https://www.misskittystreats.biz/order. *full menu and pricing in comments.

HERE IT IS KITTENS! Sunday, August 28th Chicagoland holey cake magic delivery menu! Order online at https://www.misskittystreats.biz/order. (Scroll to the bottom of the page for order form) $25 for 1 dozen assorted donuts or $15 for a half dozen. $5 dollar delivery fee!

Good morning donut lovers! We’re taking a poll! Normally our mass donut deliveries in Chicagoland are on a Saturday! How would you feel about a Sunday delivery? (Also working on having a set monthly menu available for delivery multiple times throughout the month for Friday/Saturday deliveries ) let’s hear from you! Saturday or Sunday?

Do you love pancakes and bacon? Do you love breakfast? Well you’ll love our “Pancake Breakfast” donut! This holey cake magic features our fluffy pancake donut, maple icing and finished with candied bacon. Stay tuned for a very important poll!

Who needs a Coffee Break? We’re taking our classic streusel topped coffee cake donut and putting a blueberry spin on it. Our donut will be filled with fresh blueberries, topped with loads of buttery crumble then finished with a blueberry glaze drizzle. 🫐💙

Chocolate Heat features our spiced chocolate donut, dipped in a blanket of sweet heat glaze and finished with chocolate shavings. Get your chocolate fix with a kick! ❤️🍫🔥

Our creative juices have been flowing and we’re working on a fresh new menu for our first mass delivery of the summer. We’re looking at around Saturday Aug 13th! Who’s down to clown with some holey cake magic? *Potential flavors in the comments!❤️🍩

Flashback to this colorful wedding cake for a very special bride and groom. Kind of reminds me of beautiful bird plumage. Remember Miss Kitty’s Treats when planning your special day!

Extra cakes are claimed! As always we are accepting all your custom treat orders. D🍩nut Announcement Coming S🍩🍩N!

**EDIT! EXtras are gone. Thank you Sam and Poochie! Out delivering holey cake magic downtown this morning! I have a couple extra 6 packs, combine to make a dozen if you’d like. Delivery in Chicago our on my way back to the burbs!

Good morning kittens! Miss Kitty’s life has been a bit busy but we are back and ready to bake! We’re cooking up donut menus and will be putting dates on the calendar soon. In the mean time if you’re looking for custom treats hit us up! Donuts, cakes, cupcakes and cookie bars! Dm, email, call or text!! ❤️&🍩’s Miss Kitty

Last week I made a very special delivery to the 3 East nurses at Alexian Brothers - Elk Grove Village. They took exceptionally good care of my partner while in the hospital for 10 days. This was our thank you to the nurses, doctors and admin team who are still continuing to help us through our cancer treatment journey. Thank you healthcare providers. We see you and appreciate you. ❤️ Miss Kitty and Skunk

What a magical memory from last year! 10” 2 layer cake, half vanilla, half chocolate! 💙💙💙

Congratulations Adele and Bobby! New client requested these cute little mini red velvet babies for their special day! It was our pleasure! We ❤️ love here at Miss Kitty’s Treats! Wishing you all a joyful day! Spread some kindness today. Xo Miss Kitty

Be the first to know and let us send you an email when Miss Kitty's Treats posts news and promotions. Your email address will not be used for any other purpose, and you can unsubscribe at any time. 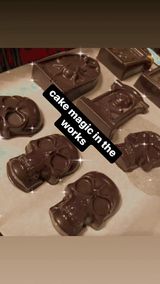 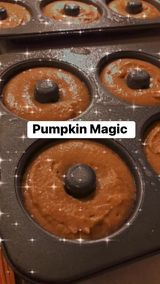 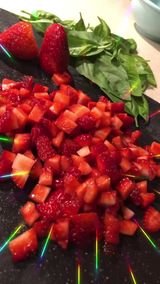 Prepping the magic with all the fresh ingredients!🍓🍩🌿 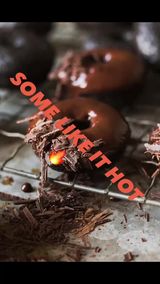 Some like it hot! Bringing you the Chocolate Heat this Sunday! Get your orders in. 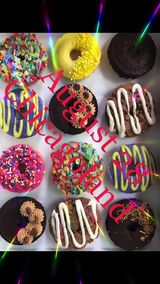 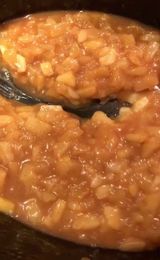 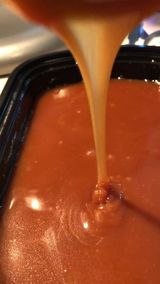 What does one do on a quick break! Make caramel sauce! (Full permission to lick screen if sanitized) ❤️ 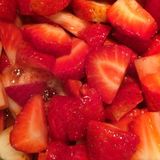 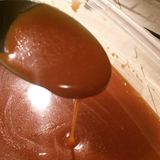 𝟗𝐚𝐦 𝐭𝐨 𝟏𝟏𝐚𝐦 𝐏𝐓
𝐋𝐢𝐯𝐞 𝐟𝐫𝐨𝐦 𝐓𝐡𝐞 𝐒𝐦𝐢𝐥𝐢𝐧𝐠 𝐕𝐚𝐧 𝐰𝐢𝐭𝐡 𝐇𝐢𝐩𝐩𝐢𝐞 𝐓𝐫𝐚𝐩
Recorded in Turkey
Shouting Fires own roving European reporter/DJ/Ambassador. Hippietrap aka Steve Man is your host. He's on his way to London today so we have two hour long archived shows for you recorded in March and April of 2020. During the global lockdowns, Hippietrap was stuck on a beach in Turkey.

𝟒𝐩𝐦 𝐭𝐨 𝟔𝐩𝐦 𝐏𝐓
𝐓𝐨𝐨 𝐔𝐠𝐥𝐲 𝐅𝐨𝐫 𝐓𝐕
Live from Las Vegas
Freakmaster Shannon heads to Vegas to visit Snarky Santa.
It's a show about nothing but everything... from therapy to comedy... music and talk all wrapped into one big ugly package...
Strap yourself in and feel the G's!

Chicago goes head to head against 9 other major cities to see who is the city supreme! A special broadcast in front of a live audience with all of your favorite Thursday night Shouting Fire hosts!
The fight card for the evening include:
Austin – Judged by Captain Zesty
New York – Judged by Jam
New Orleans – Judged by DJ Dudebacca
Detroit – Judged by Miss Kitty
Los Angeles – Judged by BenmeR
and more to be announced!

Be a part of the action and chime in on which city performs best during the battles at: www.shoutingfire.com/chat

BenmeR The Smiling Van
DJ Dudebacca Miss Kitty's Treats
7" Open Decks Shannon Vanderaa Snarky Santa
The tournament begins live on the radio this Thursday! Chicago goes head to head against 9 other major cities to see who is the city supreme! A special broadcast in front of a live audience with all of your favorite Thursday night Shouting Fire hosts!

The fight card for the evening include:
Austin - Judged by Captain Zesty
New York - Judged by Jam
New Orleans - Judged by DJ Dudebacca
Detroit - Judged by Miss Kitty's Treats
Los Angeles - Judged by BenmeR
Montreal - Judged by Skunk
Seattle - Judged by Queen Geri Mulso
London - Judged by Ray Kilovolt Koltys
Tel Aviv - Judged by Whirlwind
We have a special show in store for you this Thursday night! All of your fav Shouting Fire Thurs night personalities are bringing food, beer, and musical pairings to the table in a collaboration show specifically crafted to make all your senses salivate.
Featuring Miss Kitty's Treats, DJ Dudebacca, Jim Humay, Geri Mulso, Lisette Zaid, Ray Kilovolt Koltys, Julia Talbot, Gavin Le Pew Miller, Leslie Engel, & more!
I don't know how you did it, but you made a donut that tastes like champagne... 🍾🥂
This Persian donut is a multi-sensory experience...
I got mine and not sure I am sharing them. Yeah I said it
very last minute but decided to do something for 9th anniversary. is it possible to get a chocolate coconut cake for next Saturday?
How do I order? And do you deliver to Lake in the Hills?
Thank you so much for the delivery!! We love you and your treats.
I can't pick a fave but this particular donut was amazing...
Thank you for breakfast
I'd like to place my Thanksgiving order for a pecan pie cheesecake please.
x

Other Schaumburg bakeries (show all)