Artisan breads, homemade soup, paninis, pastries, made fresh in house daily. I try to include local ingredients in my creations. I began business literally as a roadside stand on Hwy 150 selling artisan bread and baked goods and also have sold at the local Farmer's Markets.

I am currently located in the building that formerly housed Schad Law Office.

Culinary Team: Chef Robbie, graduate from the Art Institute of New York City, a six year Navy Veteran and father of two. Chef Steve owned a well known food truck serving gourmet worldly food but was mostly known for his elegant tacos and brought his following to the Bread & Breakfast. We also have culinary students eager to learn and introduce new items to the menu. Laura Buckingham, the owner, started as a home cook and baker, selling her product on the side of Hwy-150 at her bread stand. As the demand grew she opened her first business, bringing her mission to support local farms to the tables of Historic New Albany after an in depth study of the Local Food Economy at the University of Louisville.

We recently closed and are actively seeking a new location. See you at the market this Spring! Please follow us on Facebook opposed to calling. Thank you. 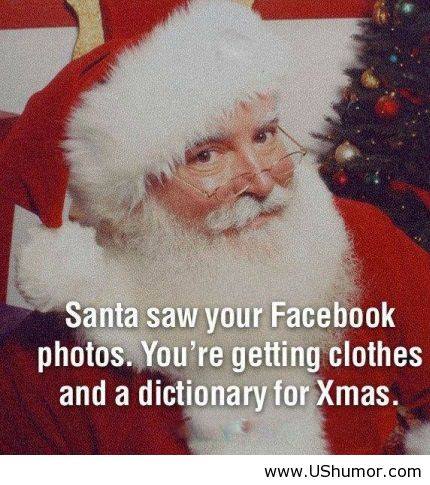 Due to high volumes of holiday catering we will be open from 9am to 1 pm today. Tis the season!

House Omelet Slider on Potato Bread. Come get a sneak peak of the new menu!

Our love for you is unconditional.

Today only, half priced breads when you mention this ad. No purchase necessary. 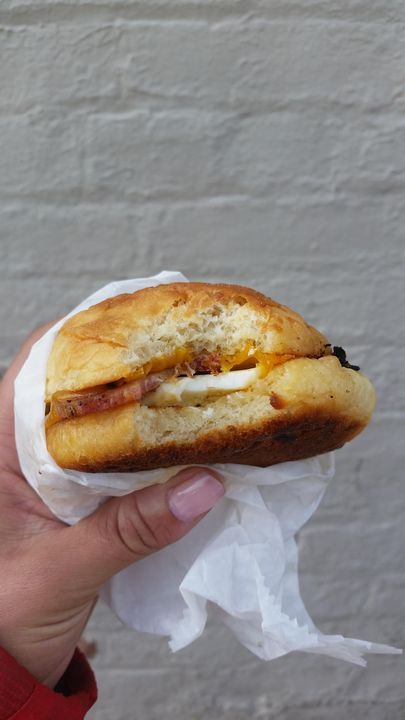 Don't let your team go hungry, Bread & Breakfast is here! Boxed lunches and delivery available from our kitchen to your office. Call or email [email protected] for inquiries.

Try our in house, from scratch soups!

Vaid with no other offers. Offer good on $10 purchases or more. Dine in or carry out.

You asked, we listened. It's SOUP WEEK at the Bread & Breakfast. Cozy up with us.

Warm up with us!

As a small token of our appreciation, below is a reward that can be used during your next visit. Hope you enjoy it!

Into Infamy; A Marine Sniper's War

It's Carnival Week at the Bakery!

Check out our Fall time soups and daily specials to celebrate the season!

The Carnival is just across the street! Please enjoy our token of appreciation at the 'old' location on your way to the festivities. Be sure to check out the progress of the upcoming Bread &amp; Breakfast while you are enjoying the carnival rides!

Kick off the Festival weekend at the locals spot. Our exclusive menu begins Friday, October 9th at 11 am.

Be sure to show your continued support for the Downtown businesses. This can be a rough week for many small businesses due to the out of town vendors and congestion. The local business owners thank you in advance!

While supplies last. Cannot be combined with any other offer. To be used on purchases of $10 or more. One time use. Located at 157 E Main St, New Albany. The upcoming location is at 37 Bank St, New Albany and we anticipate it's opening in early November, follow us on Facebook to hear more!

Start your Harvest Homecoming adventure with us!
OCT. 9th - 11th we will be offering an exclusive Festival Menu. Plan ahead.

Mind, heart, and body wellness for all active duty and veteran women.

This Fall we will be nestled in our new location just down the street, 37 Bank St, New Albany, IN. We are excited to extend seating, expand the kitchen and grow the bakery. Follow us on Facebook!Our current location will remain open all through the month of October!

What a fun day! Bread & Breakfast can't wait to nestle in this Fall.

NEW ALBANY, Ind. (WHAS11) - Community leaders came out to cut the ribbon on what they hope will be an economic boost for New Albany Friday.

Owned by Carter Management Company, the development could be a new destination point for New Albany residents, with new restaurants, retail, and live music coming soon.

FREE Cinnamon Roll to express our excitement of upcoming changes!

Come in for a FREE Cinnamon Roll with mention of this advertisement Sunday, September 20th, 2015 with purchase of an adult entrée.

Thank you for your support!

We want to share our excitement with you! Later this Fall Bread &amp; Breakfast will be relocating across the street to a newly remolded historic location. We will have additional seating, a courtyard and a view of the bakery from the dinning room! Come watch us bake up the best bread in Southern Indiana. Feel free to check out the progress at 37 Bank St. We are still open at our current location at 157 E Main St, New Albany.

You can even see our upcoming location from our current location! It's just across the street!

The bakers can be watched from either Bank Street or inside while you dine. 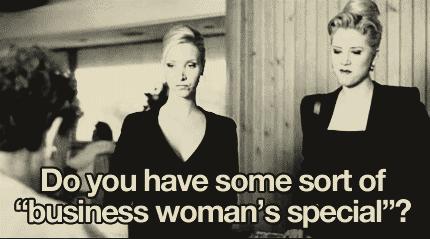 What kinda Business Woman Special would you like to have?

Try our Skillet Pot Pie made with homemade butter cut crust, yummy gravy, veggies topped with a biscuit and served in a cast iron skillet. Add local, farm fresh sausage and extra biscuits to start your day off the right way! 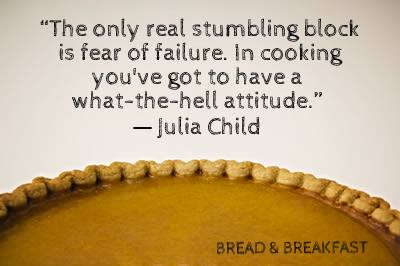 If you've ever needed an excuse to go out to lunch every day of the week, here it is.

You make us happy!

As a small token of our appreciation, below is a reward that can be used during your next visit. Hope you enjoy it!

Click here for a free 15% coupon at Bread & Breakfast, LLC!

Artisan Bread, Bakery Goods, Cafe-Style Lunches, Soup of the Day. Homemade with as many locally sourced ingredients as possible.

Be the first to know and let us send you an email when Bread and Breakfast posts news and promotions. Your email address will not be used for any other purpose, and you can unsubscribe at any time.

Send a message to Bread and Breakfast: