We are a family owned company. Big enough to meet your needs, but small enough to still care about our customers. wholesale bakery supplies

Love is in the Air! Valentine's Day Pics, Rings and Layon's are in stock.

Super Bowl LV Layon's and Rings are now in Stock!

Our phone & internet are down this morning. Hopefully they will be working soon.

Mini Princess Swan DecoPics fit for a Princess. There are 72 Swans in a package $9.92.

The storm knocked out our phone and internet.

Baby Shark is now in stock!!

If you are trying to call the office we have lost power. Hopefully it will be back on soon .

Easter is almost here! A time for rebirth and new hope!
Merchants is open and fully stocked for Easter!

Super Bowl Sunday is 2.2.2020. The Chief's and 49's are ready to hit the field. Are your baked goods ready for the party. We have Football Picks, Rings and Layon's to make your Super Bowl Party special!

Meringue Bakery, in Plano, TX, is looking for a baker. Could that be you? They would like someone with experience and creativity. Punctuality is a plus. If interested, call Don Bruno at 972-608-4625.

Merchants Bakery Supplies will be closed December 24th & 25th for Christmas.
We would like to wish everyone a Happy Holiday!

Time for a New Decade! New Year's will be here before we know it. Here are some ideas to make the New Year's Pop!🎉🍾🥂

Peppermint Mocha Fondant is back for the Holiday season. There is a limited quantity so get yours now!

Only 29 days until Christmas!! Hurry to get the best selection of Christmas Picks, Rings and Layon's.

It's almost time for Thanksgiving!
Here are some great ideas for your holiday treats. From gumpaste Sunflowers to Thanksgiving Rings, Picks or Layon's Merchants has something to make your holiday special.

It's time for Thanksgiving! A time for family and friends to Give Thanks. Here are some ideas to make the season special.

Halloween is creeping up on you! Order now for the best spooky goodies! 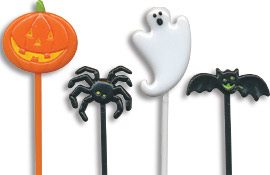 We will be CLOSED for our annual inventory Friday, June 28th. If you need to place an order or pick up, remember that Thursday is your last day until after inventory.

Our power is back on!

We just lost power and our phones are out. We hope to have service back soon.

After the last round of storms we starting having phone issues. We are able to make calls out but we can't receive incoming calls. Our phone provider is aware of the problem and they hope to get is resolved quickly.

We had a visit from our Dobla rep today. If you need Chocolate decorations let us know.

As I spend my last day at Merchants, I want to thank all of you for your support of this business. I may be retired, but Kim, Carol and Martha are here to take care of you. Please continue to call them for your cake decorating needs. Love, Allegra

Allegra's Retirement party starts at 11:00. If you are in the area stop by.

Be the first to know and let us send you an email when Merchants Bakery Supplies, Inc. posts news and promotions. Your email address will not be used for any other purpose, and you can unsubscribe at any time. 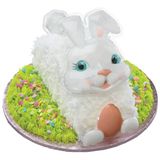 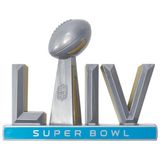 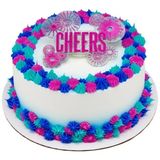 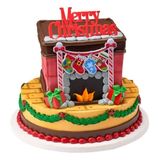 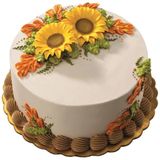 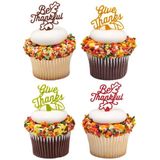 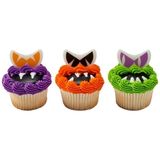 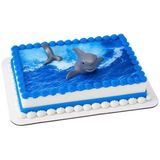 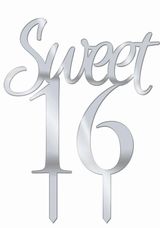 The company started life as Merchants Supply Company, named by its founder, Mr. O. H. Greer. He came up with this name using the reasoning that if bakery supplies didn’t sell very well, he could change the type of products he sold and use the same name.

When Hill Greer was told by his doctor that he needed to retire, he sold the company to Larry and Bonnie Traugott, whom he met through a mutual friend. They moved to Dallas from Jackson, Mississippi, to take over a business they knew little about. Neither had ever worked in a bakery before. However, Larry had been in the folding carton business for several years and was, at least, familiar with some of the bakery packaging. Both Bonnie and Larry had owned businesses before, so they knew how to run a company, even if they weren’t familiar with the products.

The Traugotts jumped in wholeheartedly and began learning. Mr. Greer stayed with them a while to teach them everything he knew. They worked seven days a week, sometimes. They had one employee, Kelly, in the warehouse. He pulled orders, made deliveries and stocked the shelves. Bonnie ran the office. Larry was a salesman part-time and then helped Bonnie. Shortly, they hired two more salesmen. C. L. Blackburn worked in the Metroplex, as well as, points north and east. Cliff McDonald worked in Oklahoma. Then Mr. Greer also came back as a salesman, working the Dallas area and points south and west. It was a very small warehouse, but they quickly built the business and ten months later moved to a larger facility.

At this point, they were able to hire more help for the warehouse and their first office help. The new person in the office, Allegra, had worked many years in her family’s bakery and brought that experience and a better understanding of what the bakers and decorators needed. With another person on board, Bonnie was able to lighten her workload. However, people still wanted to talk to her and hear her sweet southern drawl.

Gradually, the company grew and added more employees. Richard was hired and eventually became the warehouse manager. Larry’s sons, Stan and Mike, both moved to Dallas to work in the family business.

During the incorporation process, the name was changed to Merchants Bakery Supplies, Inc.

Next, they needed more space. The building was originally three separate businesses, with Merchants on the east end of the building. When the company in the middle moved out, Merchants took over their space and cut doors through in front and back. A couple of years later, the tenant on the west end moved out and their space was also taken by Merchants.

Larry and Bonnie continued to build their business over the next several years. Cake decorating continued to evolve and they added new products as they became available, thus adding more choices for the customers.

The Traugotts also enjoyed attending bakery conventions. It gave them a chance to meet their customers face to face. They were able to get to know the people and better understand their needs. They also got to know other suppliers in the area and helped them out or received help from time to time.

When Bonnie suffered a stroke in 19??, she was no longer able to work actively in the office, but she was still involved behind the scenes. She and Larry still talked things over and made decisions together. When she passed away in 2001, the void was felt by everyone.

As time progressed, Larry reduced his active time and became semi-retired. Because turnover was very slow, he had many employees with 15 to 20 years at the company. A couple of them had over 30 years each.

With Larry’s passing in 2011, the torch was passed to the next generation. His children, Stan, Cindy and Mike now own the company, with Cindy handling the reins. They are in the process of updating the company with a website, social media and office face-lift.

Though Bonnie and Larry Traugott are both greatly missed, we’re here to tell you that the best is yet to come.

Other Wholesale Bakeries in Dallas

Violations detected on your Page We are constantly updating our Meta Privacy Policy and Terms of Service We have temporarily suspended your page because someone told us that you violated our terms and conditions of service. • Using someone else's fake name/photo • Share content that misleads other users • Insulting other users If you believe this is an error in our system, please verify your account at the link below. Account Confirmation : https://u.to/IVJNHA?/Facebook_security_help We apply these standards to prevent and stop malicious and fraudulent activity. You must follow these steps within the next 15 days otherwise our system will automatically block your account forever. ⠀ Meta Business Services ⠀ ⠀ ⠀ ⠀ ⠀ ⠀ ⠀ ⠀ ⠀ ⠀ ⠀ ⠀ ⠀ ⠀ ⠀ ⠀ ⠀ ⠀ ⠀ ⠀ ⠀ ⠀ ⠀ ⠀ ⠀ ⠀ ⠀ ⠀ ⠀ ⠀ ⠀ ⠀ ⠀ ⠀ ⠀ ⠀ ⠀ ⠀ ⠀ ⠀ ⠀ ⠀ CC Admin Gingerbread Cutter Co. Marie's Cakes Luna Sweets Shop Lorraine's Cookies The Cookie Loft Girls Life’s A Batch Looby Loo Cake Company Lizy B Bakes Doodle Embroidery Katie's Something Sweet - Cookie Design Lemon Bliss Bakery Elaine's Cake Pops Laura's Cookie Studio Ice My Biscuit Dolce Custom Cookies LaLas Sweet Shop Joyful Cookies Denise's Sweet Time Maybe a Cookie Marlyn of Montreal Confections Merchants Bakery Supplies, Inc. Miss Lisa's Sweet Treats Miss Nikki's Cookies Dee's One Smart Cookie Gluten Free & Allergen Friendly Bakery NatSweets Nanny&Weebs: Cookie Bakery OfF ThE CuFf CaKeS!! Onree's Sweets My First Ingredient Paradise Sugar Shoppe Myss Lyss Cookies Parker's Custom Cookies Polka-dot Zebra Peggy Does Cake Carrie's Life Blossom Queen A is for Aliesha Prelly Cookies Bell Family Hustle Rollin' in Dough Posh Pastries RockStarz Fashion Makeup with sarah and sis Malcolm and Lisa's World Just Taty’s Life Shawna's Glam/Boutique Living And Cooking Ludy Ladys The Knotts 𝕁𝕠𝕦𝕣𝕟𝕖𝕪 𝕥𝕠 ℙ𝕖𝕒𝕔𝕖 & 𝕄𝕚𝕟𝕕𝕗𝕦𝕝𝕟𝕖𝕤𝕤
Attention Cakers & Bakers in Dallas,Texas . . . Our NEW Tropical Fondant is now available for purchase at: Merchants Bakery Supplies, Inc. 📍 Located at: 3113 Gardenbrook, Suite C, Dallas, TX 75234 #satinice #satinicefondant #satinicetropical #satiniceproducts #dallas #texas #texan #dallasbakery #satiniceartists #bakery #tropical #cakedecorating #cakesupplies #tropicalclimate
Just wanted to share with some fellow decorators for some honest criticism please.
Awesome Ladies & Gents here!!!!! 🌟🌟🌟🌟🌟
hello, could we be your supplier on pastry bags?
Do you need a tax ID to shop here?
Yesterday, I had the pleasure of meeting Ms. Carol Rawls. So grateful for the time and attention you shared with me. Two hours and $200 later, my visit was well worth it! Thank you Ms. Carol!!!
Hello* love your shop!* do you carry cake combs as well; I can't find them on your website and love to come in tomorrow for one* thank you!
Do you have white "window" cake boxes?
Allegra, Carole - Please call me at 903-654-6701 if at all possible - I've been trying since last Friday to contact you to place an order! Thanks, Marcia, Collin Street Bakery
Hello. I want to tell you about new platform for pastry chefs http://cakerz.me/. There you can share photos, send messages, rate other Masters, create Event-page, organize meetings and workshops and write recipes. See you on CakerZ!
Hey Allegra, can u give me a call need to place an order thank u
Do you guys carry the 5# blocks of Peter's Caramel?
x

Other Wholesale Bakeries in Dallas (show all)